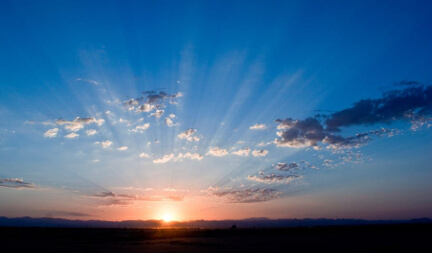 Do you believe Jesus Christ of Nazareth rose from the dead, or do you think the resurrection is only a legend?

If you are a doubter, what you are about to read might surprise you.

1. Legends take time to develop and become embellished in the retelling, but the news of the risen Christ sprang up right away.

It takes several generations for myths to develop into their final forms, whereas within a short time the news Jesus rose from the dead spread throughout the Roman empire.

2. Over 500 witnesses encountered the risen Christ.

After His resurrection, Jesus Christ appeared to His followers for forty days. At one time He appeared to over five hundred people at one time. Many remained alive years later after the resurrection to tell their own personal stories about seeing the living Christ.

The number of witnesses in trials today is crucial. If you paraded five hundred eyewitnesses of a murder in a court of law before a jury, they would find the accused guilty due to the sheer number of eyewitnesses.

3. The death and rebirth of mythical gods is a foreign concept to Jews.

The first Church was Jewish, and they are monotheists. Why would they accept as their Messiah a criminal crucified on a Roman cross?

4. There is no description of the resurrection itself in the Bible.

If the resurrection is a legend, the creators would describe such a miraculous event in glowing details.

5. The first witnesses to the resurrection were women.

But the testimony of women didn’t count in Roman or Jewish courts in that day, so why would a legend revolve around women instead of men? If the resurrection is a legend, why would the people who started it want women to be the first witnesses?

The apostles were hiding from the Jews in fear of their lives, but the courageous women put the frightened men to shame. This was a patriarchal society. If people concocted a myth about the resurrection, would they invent brave women and cowardly men in a man’s world?

6. One of the prime witnesses, Mary Magdalene, didn’t even recognize Jesus when she first encountered the risen Savior.

She observed nothing special about Jesus’ resurrected body. Mary thought He was a gardener! Does this sound like a legendary hero?

7. Why would Christians be willing to die for a lie?

Thousands of believers died horrible deaths. Some were covered with oil as human torches and lit to light Nero’s garden rather than deny Christ. Thousands still die for Him today.

Yes, Jesus did rise from the dead! Millions have received new lives in Him. Why not you?

Trust Him and live forever!

“For I delivered unto you first of all that which I also received, how that Christ died for our sins according to the scriptures; And that he was buried, and that he rose again the third day according to the scriptures: After that, he was seen of above five hundred brethren at once; of whom the greater part remain unto this present, but some are fallen asleep (1 Corinthians 15:3-6).